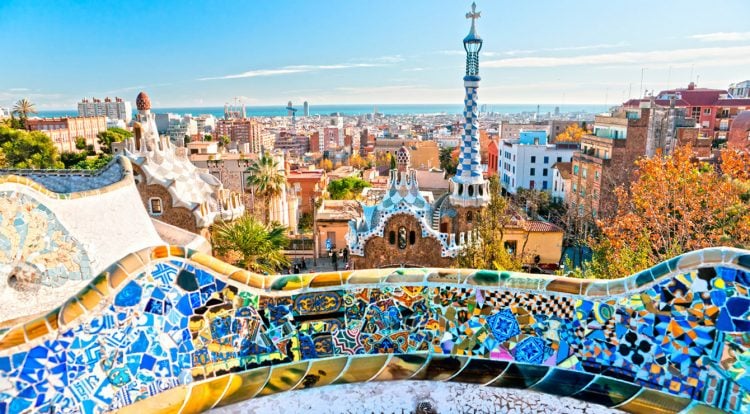 Spain is considered to be one of the most-visited destinations in Europe. And, its popularity comes from a well sought-out reason; its best-known spots, the hidden gems or the culture trips, having the buzzing cities things to do in spain, or the picturesque mountain villages accounts for the destination’s popularity. But from where to start is the question here. So without much ado, here’s the list of places you need to focus on:

This Canary Island is located off the Western Coast of Africa, is beyond its aquatic sceneries. The unearthly volcanic peaks and impressive lunar landscapes make it necessary for it to be visited. Spain’s highest peak, Mount Teide, located in the Teide National Park, houses peculiar landscapes made out of ancient lava flows and volcanic craters. The country’s most unique geological gem is a top visit for tourists.

Sun and sea cannot be separated from Spain. And, that is what happens when you hit the beach at Alicante. The soaring rocky peaks and the electric atmosphere at the beach is something that shouldn’t be missed out. Mount Benacantil forms an exotic backdrop while the city’s rocky summit houses Santa Barbara Castle. The tapas bars around the city’s old corners won’t make you feel left out at night.

This is the country’s eternal favorite due to its cosmopolitan atmosphere aligning its cultural plethora. The gastronomical tours topped with the architectural heritage won’t make you feel disheartened, even for a bit.

Consider reliving the Disney fairytales at this fortress garlanded, snowcapped mountain adorned, cultural cobbled street webs of Granada. The proud Moorish palace or the well-preserved Islamic architectures with a dollop of original flamenco dance and music will help you cherish every part of the city.

Basque Country Coast is the home to a discerning city, bearing an equal balance on the crusty bread and soothing morsels. The beaches adorning the city are ideal if you are with your family, your partner, or all by yourself.

The other amazing locations include Seville, Cordoba, Valencia, Madrid, Galicia, the Pyrenees, Almeria, Ronda, Ibiza, La Rioja, and several others. The Barcelonian Spain tours cover all the must-dos in the country while not missing out to vibe on these major attractions. Other places like Bilbao, Segovia, Asturias, and Santiago require special mention if you have a soft corner for Moorish or Modernism architectures.

Daytona Beach Florida – Why to Visit the Place on Your...

What Will be The Most Essential Parts in Car Rentals

Best Things To Do In Best Tourist Attraction In Paro

How can You Travel to Mexico?

How You Should Order While You Are in Steakhouse?

Best Products to see and do around the Mexican Cruise With...

These 8 Tips Can Help You Get Book Cheaper Airfare Tickets...